Welcome to The Busy Superhuman 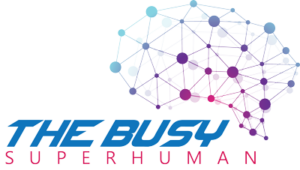 Binge eating can cause a lot of distress, weight gain and of course health problems and its much more common than you would think in both mean and women.

This blog is about evening carbohydrate binges, genetics, tryptophan and what you can do.

There is an amino acid called tryptophan which your body uses to make serotonin via several chemical reactions. Tryptophan can be found in protein like turkey, but also in carbohydrate rich foods, and it is much easier to absorb from the high carb foods. Insulin is needed to get tryptophan to go into the brain, and carbs will create an insulin spike, allowing the tryptophan to cross the blood brain barrier, like opening a gate.  Serotonin is a brain chemical that makes you feel content, happy, confident grateful and at peace, when it is present in the right amount in your brain.

Serotonin is made into melatonin in the brain. Melatonin is a neuro transmitter you need to go to sleep. Too much blue light from computer, phone or tablet screen as well as caffeine inhibits melatonin production, making it harder to sleep. Melatonin also polices other hormones in the body while you are sleeping, meaning you need adequate levels to be healthy. Lack of restful sleep is now considered one of the 1# stressors and has been liked to obesity, depression, cardio vascular disease, diabetes and weak immune system.

What does this have to do with carb binges or addictions?

Why do some people binge and others not?

This in part comes down to genetics and there are lots of genes involved in mood and eating, and all the genes interact with each other. However there is one particular gene which does play a big role in carb binges and I will tell you about it after ‘Genetics 101’.

Humans have 2 copies or alleles of each gene and you get one from your dad and one from your mum. Genes encode sets of instructions on how to make proteins, proteins are like molecular machines and have either one job or lots of jobs in the body. Genes are made up of DNA, which is a biological information storage mechanism for instructions on how to make proteins which are ‘molecular machines’ that run the biochemical processes in your body.

Computers have sets of instructions stored in them and are programmed to ‘do something’ like open a file or send an email. As we know even though the instructions are there, the computer doesn’t always do what we want. Like  computer programs,  genes can be inherited with ‘problems’ but also genes can accumulate problems thought life, which is called epi genetics and is dependant on something called methylation. You have lots of control over your gene methylation patterns by the lifestyle choices you make. Your genes are NOT your destiny.

The chemical process of methylation is key to life. Efficient methylation  is needed to make and break down brain chemicals, remove toxins and hormones and control genes.

Methylation is where a methyl group (a carbon and 3 hydrogens CH3) is added to a molecule like a tag. These methyl groups control genes, so they can be on or off, like lights in your house. Sometimes the lights or genes supposed to be on, sometimes they are supposed to be off. People with MTHFR gene SNPs can have trouble with their methylation cycle.

Even if you have ‘bad genetics’ for weight management, AKA Fat Genes it doesn’t mean you will be obese. If your body can efficiently methylate your genes then the ‘bad’ genes can be silenced so they aren’t ‘listened to’ as much by the body.

Our genes also have variants or mutations which scientist call Single Nucleotide Polymorphisms SNPs). Mutations sound a bit alarming to non scientists. SNPs or ‘mutations ‘, evolved or emerged so that humans could adapt to the many different environments and food sources here on earth.

Mono amine oxidase A (MAO A) makes the MAO A enzyme, which is  a ‘molecular machine’. This enzyme breaks down key brain chemicals such as dopamine, norepinephrine and serotonin. These chemicals  affect mood, energy, confidence, sleep, addictions and motivation.

MAO A is important for people who have  carbohydrate and sugar cravings as well as those people who feel dreadful until they have some carbs or sugars.

There are  SLOW and FAST MAO A variants. The FAST variant is more relevant to ’carb cravings’ as these people burn through their serotonin very quickly, meaning they can suddenly feel like they fall into a doom and gloom and get horrendous cravings for carbs/sugar. These people also wake up in the night and feel like they need a snack to ‘find peace’ in order to get back to sleep.

Why do these carb cravings happen?

People with  FAST MAO A have learned that a carb binge is what is needed to ‘feel normal again’ as the binge raises serotonin Carb binges leads to weight gain over time.

What can be done?

Riboflavin (vitamin B 2) and tryptophan are needed to make serotonin, so seek out foods which contain plenty of both. Pumpkin seeds and turkey are examples of foods with lots of tryptophan, meat, almonds and eggs contain vitamin B2.

Ensure that some protein is eaten with every meal particularly breakfast. Avoid carbohydrate only meals and  if you must have a  snack then choose something like turkey, humus, pumpkin seeds and avoid sweet snacks.

I'm a biochemist & Pilates teacher. My mission is to provide a safe non-threatening online environment with a human touch for improving health at home.
Published On: July 13, 2022-By admin-